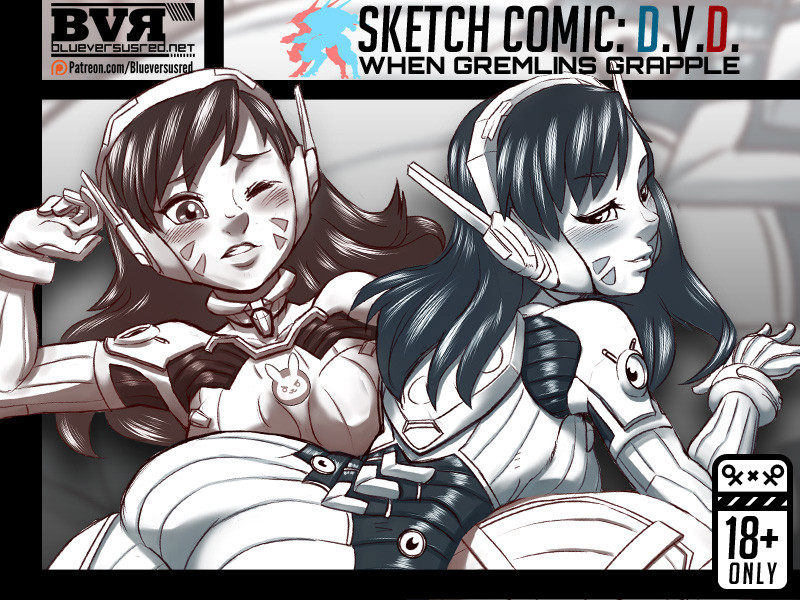 The second Blueversusred sketch comic! This time doing away with all that unnecessary dialogue getting in the way of sexy times!

A parody comic of Overw*tch - After losing her mech during a match, our gamer gal is able to bypass the dna scanners on her opponent's mech to engage in some 'unconventional warfare'.